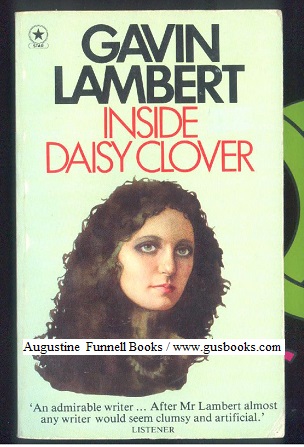 A young woman who lives with her solitaire-addicted mother in a squalid caravan on the California coast dreams of being a big-time singer, and when her voice is heard by a Hollywood film producer it appears that the dream might come true. Naturally, though, this being Hollywood and all, low-life scumbags contribute their usual amount of scumbagginess, in the process providing that handbasket that's so convenient for the trip to Hell. Basis for the 1965 film of the same name, which starred Natalie Wood, Christopher Plummer, Robert Redford, Roddy McDowall and Ruth Gordon. To save you the trouble of guessing what the flaws *may* be, or what you *might* be receiving for your hard-earned money, here, to the best of our ability, is a list of the defects (nothing of a deal-killing nature, but present nonetheless): rubbing (more noticeable vertically along left edge of front cover), bent corner tips, light impressions, light tanning.