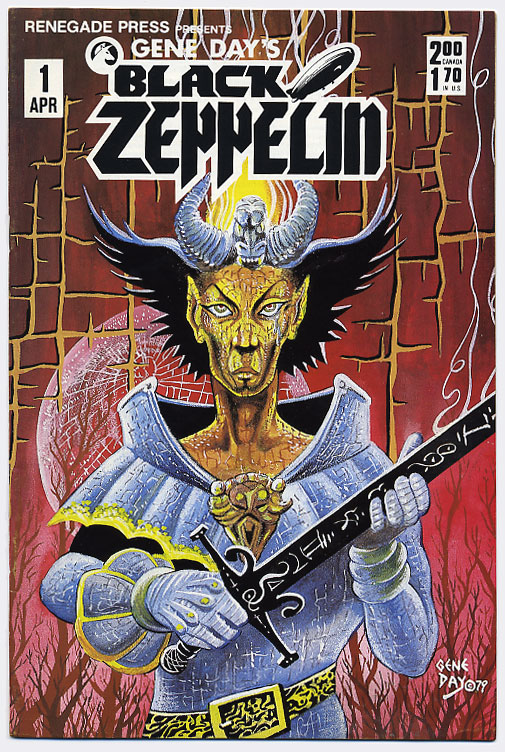 #1 April 1985 through #5 October 1986. For a number of years Gene Day wanted to publish his own comic magazine, and in 1978 took a few steps in that direction, producing and collecting material. Unfortunately, circumstances conspired against the magazine's release at that time, and it was shelved indefinitely. Then, suddenly, in September of 1982, Gene was dead of a massive heart attack, and it looked as though the magazine had died with him. But through an odd set of circumstances, the dream eventually became a reality, and in April of 1985 the first issue of Black Zeppelin rolled off the presses, edited by Gene's widow, Gale, and his friend, Joe Erslavas. Contributing stories and art to these issues are Gene, his brothers David and Dan, Charles Vess, Dave Sim, Larry Dickison, Bruce Conklin , A. Funnell, Mark Shainblum, Garbriel Morrissette, Dave McCarthy, Ronn Sutton, Gordon Derry, and Barry Blair.