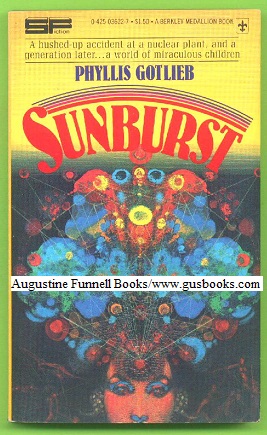 An expanded version of the story which appeared in Amazing in 1964. Mutated children the result of a nuclear explosion are incapable of basic human skills but are possessed of nightmarish powers and amazing abilities, and are kept hidden from an unsuspecting world until, one night, they decide to go out and play. The inscription is to another sf writer of considerably lesser consequence, who is much less-known (proving it, she misspelt his name), and dated. Light general wear, small 3-digit code number on first end paper.

Inscription: Inscribed and signed by Gotlieb