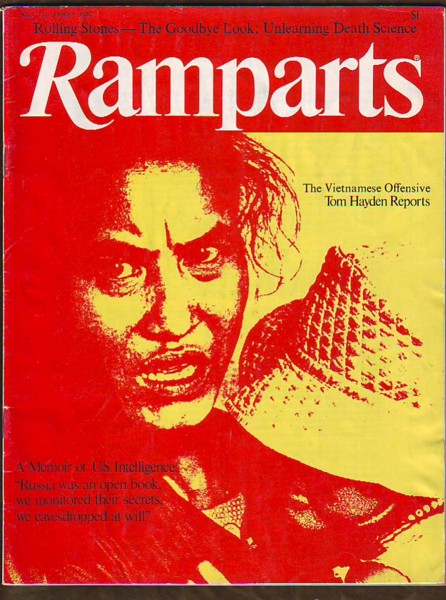 An issue of the counterculture magazine that dealt with all of those things to the left of mainstream American thought and politics. This issue contains articles by Buddy Nevins ("Classroom Surveillance by Kodak") and Dick Lupoff ("The Rolling Stones: Goodbye to All That"), with essays on the prospects of the offensive in Vietnam, turning lasers into pruning hooks, the cry for justice, electronic espionage, a records column by Dick Lupoff, and much more. 62 pages, illustrated. Some wrinkling to cover, moderate handling wear.