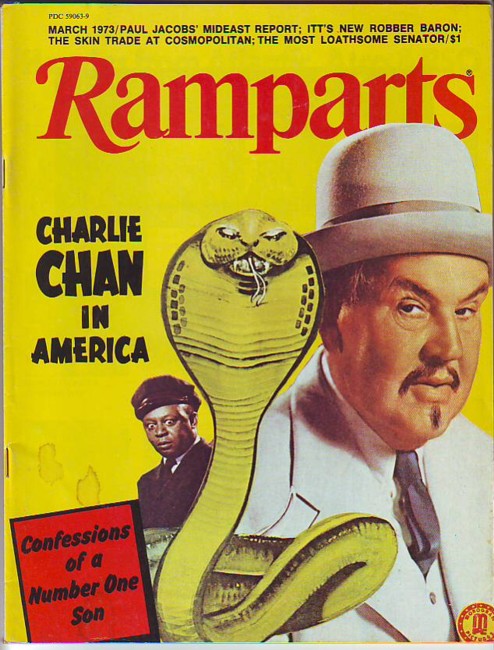 An uncommon issue of the counterculture magazine that dealt with all of those things to the left of mainstream American thought and politics. This issue contains articles and columns by Brit Hume, David Landau, Derek Shearer, James Otis, Harry Stein, Robin Reisig, William Rodgers, Paul Jacobs, Frank Chin, and Andrew Kopkind on a variety of topics, including spies, Charlie Chan and Hollywood's portrayal of Asians, the Middle East, Cosmopolitan magazine, William Lloyd Scott ("The Most Loathsome Man in the Senate," in which the senator from Virginia is quoted as saying that "The only reason we need zip codes is that niggers can't read."), an article on gay rock (focusing on David Bowie and Lou Reed), and much else. 70 pages, illustrated. Three small soil marks to bottom left area of front cover (they bleed through to the inside of the cover, and faintly onto and through the next page), short edge tears to fore-edge of back cover, a few top corner tips bent near back, moderate general wear.