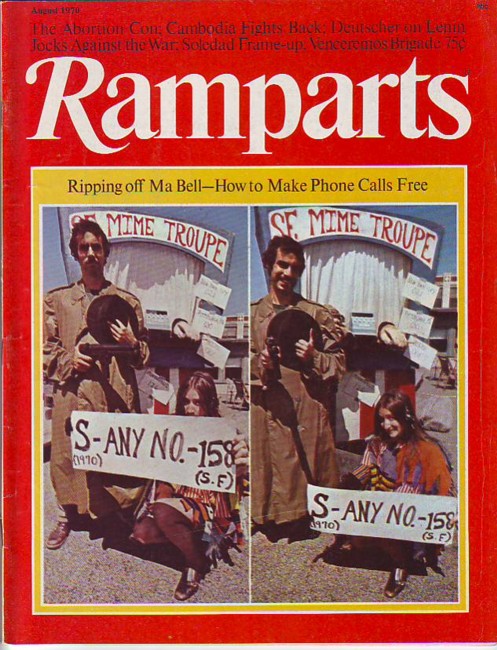 An issue of the counterculture magazine that dealt with all of those things to the left of mainstream American thought and politics. This issue contains articles and columns by Jack Scott, Lucinda Cisler, Eve Pell, Banning Garrett, Isaac Deutscher, and Andy Truskier on a variety of subjects, including abortion reform, ripping off the telephone company, racism by Soledad prison authorities, Cambodia, the making of a revolutionary, and much else. Cover features members of the San Francisco Mime Troupe giving rip-off-Ma-Bell instructions. 64 pages, illustrated. Light general wear.