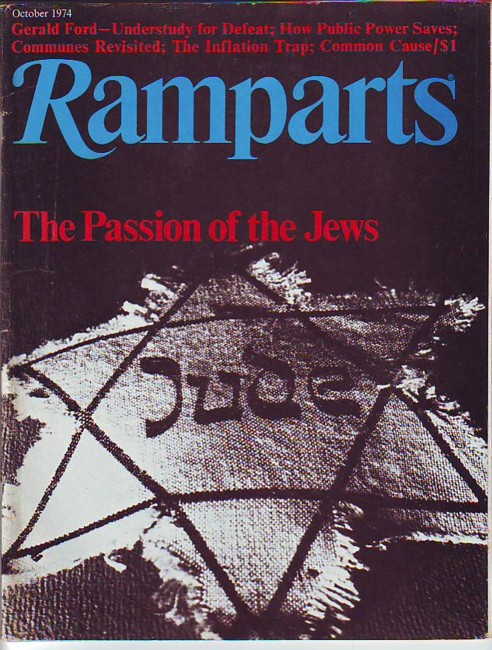 An issue of the counterculture magazine that dealt with all of those things to the left of mainstream American thought and politics. This issue contains articles and columns by Andrew Kopkind, David Kolodney, Richard Hall, David Horowitz, Terence McCarthy, Thomas Brom & Edward Kirshner, William Chapman, Peter Collier and Sharon Curtin on a variety of subjects, including Gerald Ford, the passion of the Jews, banking, public utilities, communes, and much else. 63 pages (including inside back cover), illustrated. Cover beginning to pull from staples, general wear.