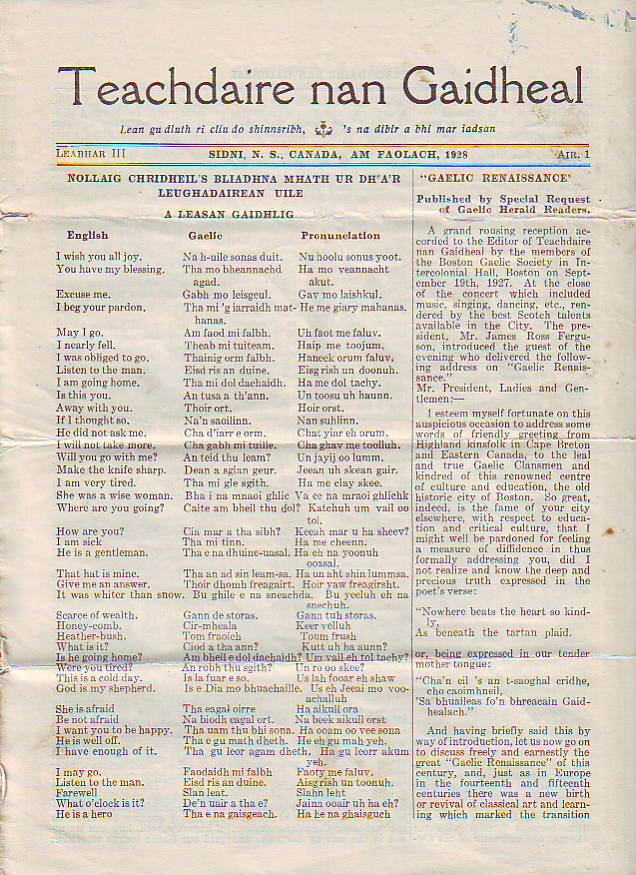 An issue of the Gaelic-language newspaper published irregularly from December 1924 until July 1933 in Cape Breton, Nova Scotia. Eight pages, the final three of which are advertisments from many local merchants. A very scarce publication, seldom found outside library collections. Folded in half horizontally, then folded horizontally again (making in all, three folds). Separations along all folds (including spine), light soil, edgewear, bent corners. This was unfolded to take a scan, but it has obviously been folded and unfolded many times over the years, so in order to prevent further damage it will stay folded when mailed.