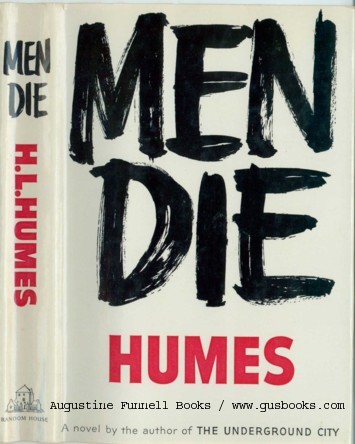 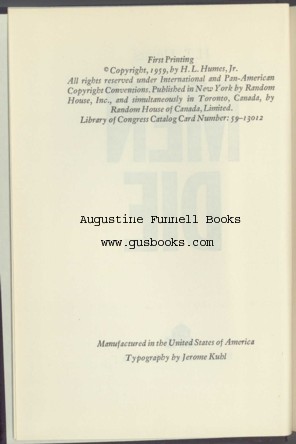 Humes's second novel, following 'The Underground City,' both of which led to his being considered by Esquire magazine as having the same promise as two obscure guys named Updike and Styron. Whoever they are. He met a guy named Leary who introduced him to a little substance known as LSD, and after seriously indulging his fondness for the hallucinogen he became a trifle paranoid and a bit delusional, which pretty much ended his writing career. Humes was co-founder (with Peter Matthiessen and George Plimpton) of The Paris Review. He died of prostate cancer in 1992. Black cloth w/gilt lettering, 184 pages, dust jacket design by Sam March. Mild slant, light general wear, in price-clipped dust jacket w/light rubbing, light edgewear, creases to fore-edges of both flaps.