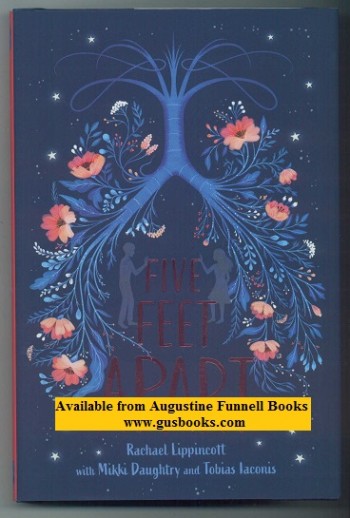 By: Lippincott, Rachael, with Mikki Daughtry and Tobias Laconis

While in hospital, a 17 year-old girl with cystic fibrosis, who has spent more time in hospitals than out, meets a charming fellow sufferer, and despite the fact that they can never touch, they fall in love. Teenage rebellion and angst ensue. Novelization of the film of the same name, which starred Haley Lu Richardson and Cole Sprouse as the two afflicted teens. Blue boards w/pink foil spine lettering, 281 pages (including author's note, acknowledgments), dust jacket illustration by Lisa Perrin. A pristine, unread copy. First printings of this title seem to have dried up.