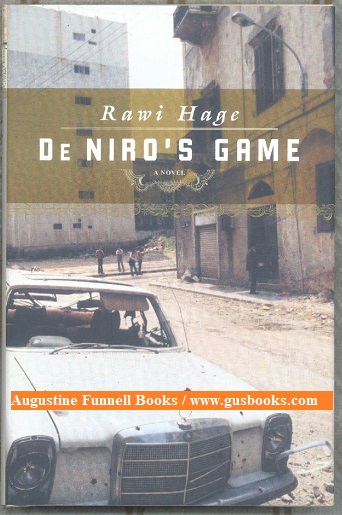 Two childhood friends who have become adults in the hell-hole that is war-torn Beirut choose different survival paths, one path filled with petty crime to finance an escape, the other filled with killing, crime and drugs in the city's militia-dominated underworld. Winner of the 2008 International Dublin Literary Award, and shortlisted for both the Scotiabank Giller Prize and the Governor General's Award for English fiction in 2006. And if that weren't enough, Hage won the Hugh MacLennan Prize for Fiction and the McAuslan First Book Prize (Quebec Writers' Federation literary awards), with the book's French-language edition winning the 2009 edition of Le Combat des livres. About the only thing it didn't win was free fries at McDonald's. Cream cloth w/black spine lettering, 277 pages (including glossary of Arabic terms), plus acknowledgements and brief author biography.