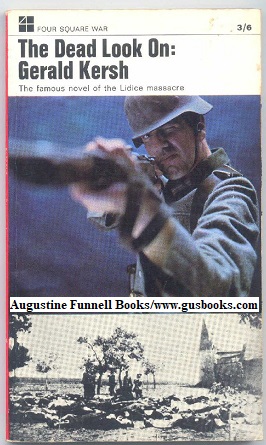 The Dead Look On

Kersh tells, in novel form, the story of the World War II Lidice massacre, an "insane, inhuman revenge inflicted upon a whole village for the death of one German." The one German was Reinhard Heydrich, a highly placed SS member and police official, whom Adolf Hitler described as "the man with the iron heart." 126 pages + 2 pages of advertisements for other Four Square publications. Some impressions, mild edgewear, small area flaked/scraped at bottom spine, previous owner's name/date to inside front cover. Internally tight and clean.

Title: The Dead Look On

The Dead Look On