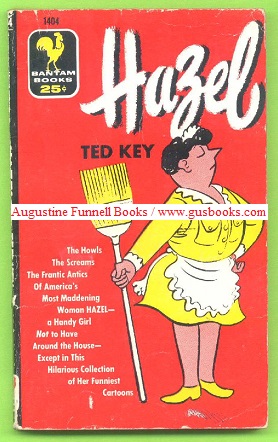 Hazel was Ted Key's most famous character, and ran for 26 years in the Saturday Evening Post, after which it was picked up by the King Features Syndicate. Basis for the television show of the same name, which starred Shirley Booth as the bossy, usually somewhat cantankerous, maid. Unpaginated. Edgewear, handling wear, impressions, crosscrack. Still internally pretty tight.