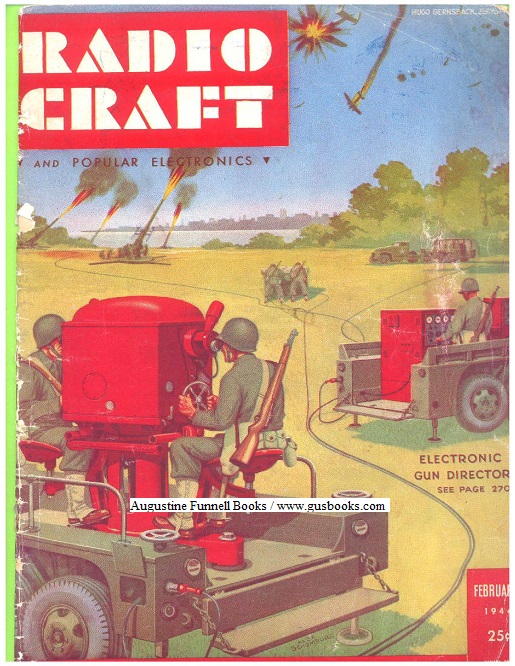 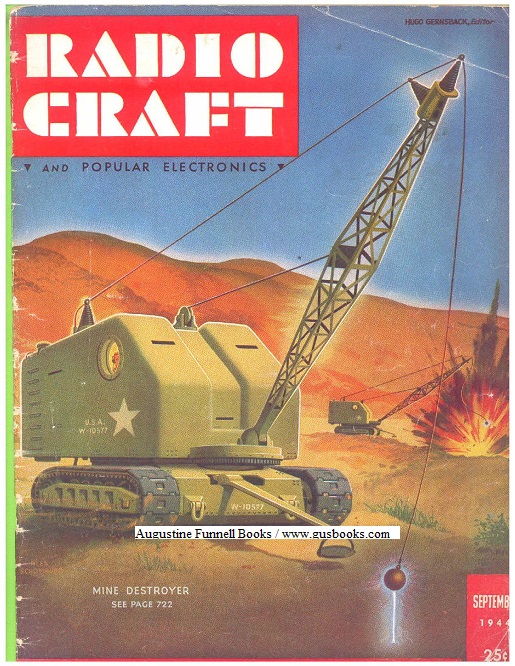 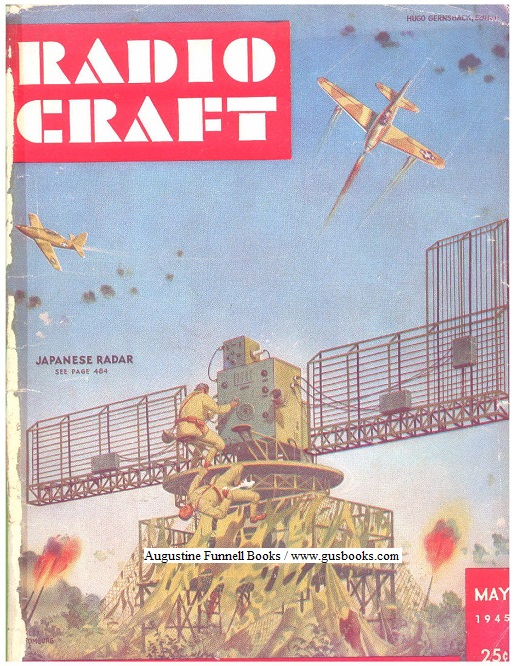 A three-issue lot of the popular radio electronics magazine that began in 1929, and existed under a variety of titles until 2003. Gernsback, considered by many to be the father of science fiction (along with a couple of guys named H.G. Wells and Jules Verne), had what have to be the greatest pseudonyms is history. He was Gus N. Habergock, Grace G. Hucksnob, Beno Ruckshagg, Erno Shuckbagg, Grego Banshuck, Greno Gashbuck, and Kars Gugenchob. Now c'mon -- was Richard Bachman the best you could do, Steve? Although I guess I should cut you some slack, since Gernsback had a lot more to work with when it came to rearranging the letters in his real name, but still....) Each issue is considerably worn, but complete and intact, although the centre spread of the September 1944 issue is seriously considering packing up and leaving home.