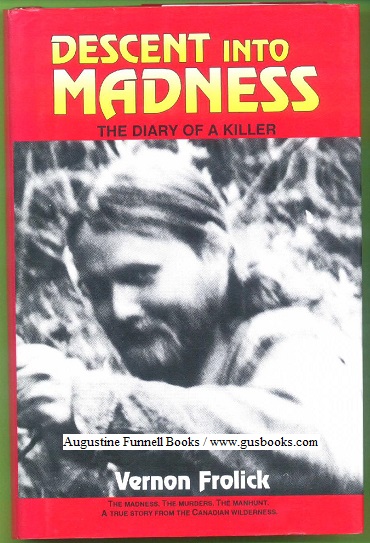 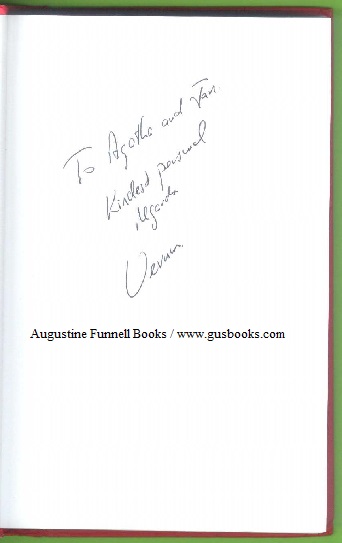 DESCENT INTO MADNESS, The Diary of a Killer (signed)

Frolick tells the story of Michael Oros, who, after being questioned about the murder of Gunter Lishy, a German trapper in northern British Columbia, disappeared into the wilds, where he lived alone, convinced that government agents were tracking and trying to kill him. When he seemed involved in the break-in of a cabin, members of the RCMP agents were sent to bring him in for questioning. He killed one officer before being shot, himself. Frolick presents the story from the killer's own diaries, which detail his 13-year descent into madness. Inscription reads, ;To Agatha and Jan./Kindest personal/regards./Vernon.; Orange cloth w/gilt lettering to front cover/spine, 361 pages + seven pages of advertisements for other Hancock House titles, illustrated. A bit of slant, bottom right corner of front cover bumped, light wear to corners/spine ends, in lightly edgeworn dust jacket w/a couple of short (1/4;) edge tears, impressions/thin scratches. Jacket now in protective mylar sleeve.

Title: DESCENT INTO MADNESS, The Diary of a Killer (signed)

DESCENT INTO MADNESS, The Diary of a Killer (signed)