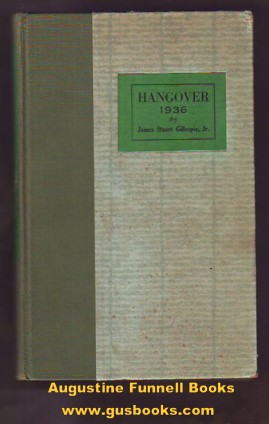 A college student meets a mysterious woman with whom he falls in love during his Christmas vacation, (but who seems to disappear from the narrative once vacation is over); experiences a variety of family problems; sees a criminal arrested just before marrying his sister; has a friend who publishes a critically panned book, only to see it sell many more copies because bookbuyers can't believe that a book could be that bad; and much else during the hangover year of 1936 (tough to believe that that much could happen to a guy in one year). A very uncommon title. Pale green patterned boards w/tit...
View More...