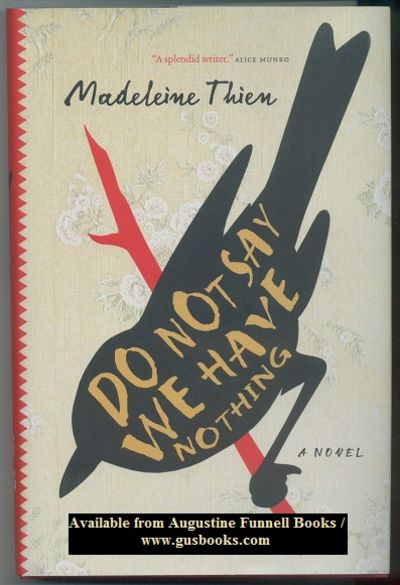 Do Not Say We Have Nothing

The true first edition/first printing of Thien's award-winning novel. In addition to claiming the 2016 Giller Prize, the 2016 Governor General's Award and the 2017 Edward Stanford Travel Writing / Writing With a Sense of Place Award, this one was also shortlisted for the 2016 Man Booker Prize, a 2016 Andrew Carnegie Medal for Excellence in Fiction, the 2017 Bailey's Women's Prize for Fiction, and the 2017 Rathbones Folio Prize. Red cloth w/gilt spine decoration/lettering, 474 pages (including acknowledgements). A nice, unread copy. View more info