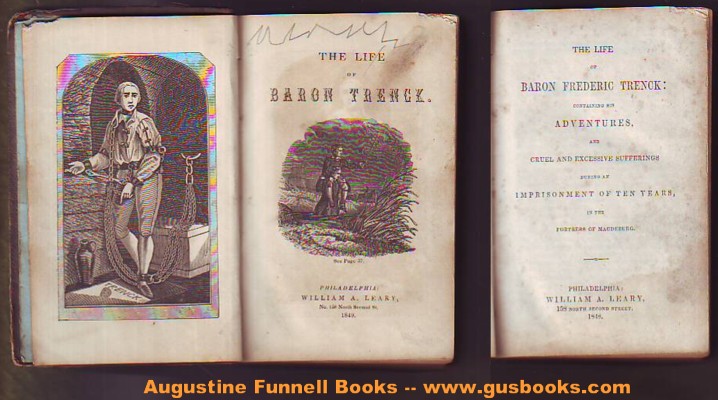 THE LIFE OF BARON FREDERIC TRENCK: containing his adventures, and cruel and excessive sufferings during an imprisonment of ten years, in the fortress of Magdeburg

Originally published in German, this is Trenck's account of his ten-year imprisonment after his affair with the sister of Frederick II of Prussia. In France, whence he eventually travelled during the French Revolution, the French got the idea that he was an Austrian spy, and set up a date for him with Dr. Joseph Guillotine's edgy little device. Brown cloth w/gilt illustration to front cover, gilt lettering/designs to spine, 288 pages (plus eight-page catalogue of other titles published by Leary), illustrated. Bumped/considerably worn corners/spine ends, part of top right spine scraped/torn/... View more info